February 11th is designated by UNESCO as International Day of Women and Girls in Science. To honor this, we're sharing the story of an inspirational scientist who pioneered flow cytometry with her goal to understand and eliminate HIV. 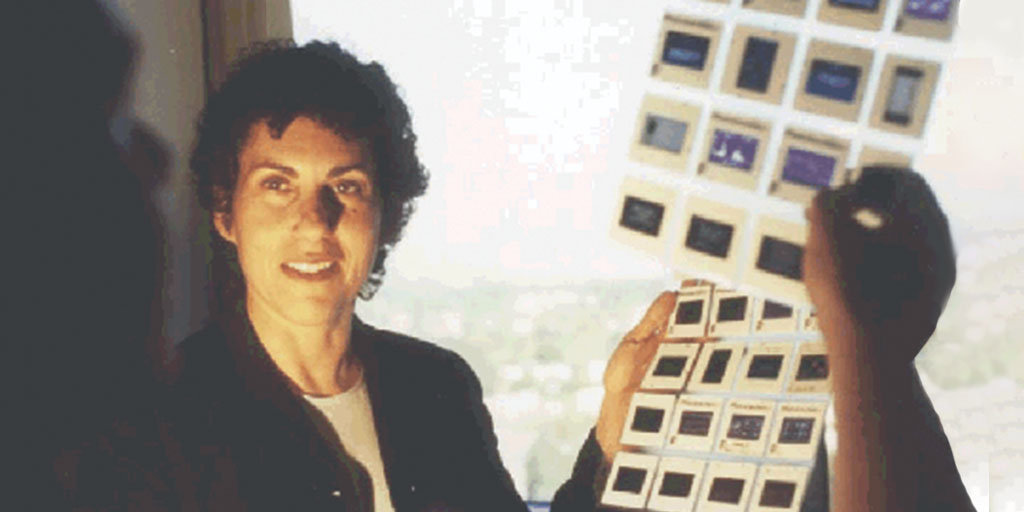 Janis Giorgi came to the UCLA School of Medicine in 1984, a “hot-shot” in the new field of single-color flow cytometry right as the HIV epidemic was beginning. Her peers were quickly intrigued not only by her knowledge of novel scientific processes, but also by her cowboy boots and the Harley Davidson motorcycle. As a scientist, she broke the mold of preconceived expectations and lead her team with enthusiasm and warmth.

Giorgi directed the UCLA flow cytometry laboratory and with a five-year grant from the National Institutes of Health (NIH) directed the Multicenter AIDS Cohort Study. This groundbreaking study analyzed the blood of 1,635 gay and bisexual men and led Giorgi to a surprising discovery: some of the men had been repeatedly exposed to HIV, but were never infected. With this knowledge she refocused her team’s investigation onto the causes of HIV resistance. Giorgi used the discoveries her team made to develop a method quickly, cheaply, and reliably predicting if HIV would progress to AIDS.

Flow cytometry was still in its early stages when Giorgi was conducting her research, but she advocated it’s use in tracking fluctuations in the immune system. Giorgi was quoted saying so in the 1996 edition of POZ magazine, where she was listed as one of the top 50 most innovative AIDS researchers. “We have drugs that can successfully suppress viral replication,” Giorgi explains, “Flow cytometry can show us what’s happening in terms of repair.”

Giorgi significantly expanded scientists’ understanding of how the human immune system fights HIV infection, and her scientific contributions didn’t stop there. In 1997 she was appointed to the National Advisory Allergy and Infectious Diseases Council by the NIH, served twice on the planning group for the International Conference of AIDS, and was a member of NIAID Council. Giorgi was a member of the editorial boards of the Journal of Clinical Immunology, AIDS, and Cytometry. Before her death in 2000, she finalized plans for UCLA’s first human HIV vaccine trial to be carried out by the members of her lab.